The Case for Devolved Government

Libertarian purists argue that government should have almost no power. Libertarian pragmatists argue that government power should be devolved to the lowest practical level. The pragmatists case is the better one, given that the urge to regulate social and economic practices is especially strong where people (and votes) are concentrated. Consider the following graphics: 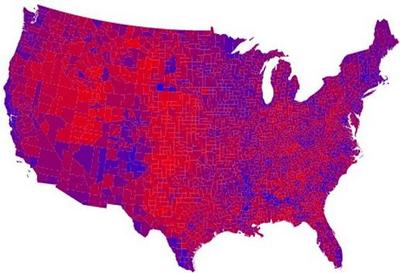 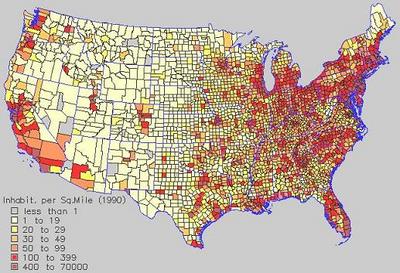 Thus the ultimate argument for devolution: Push government functions to the lowest practical level and allow citizens to express their preferences by voting with their feet.

(Thanks to Patrick Cox at Tech Central Station for the maps.)
Posted by Loquitur Veritatem at 6:09 PM