Liberty Corner (1 March 2004 - 19 July 2008) is the work of a practical libertarian, one who believes in the kind of limited, accountable state envisioned by the Framers of the Constitution, in which individuals are free to choose that locality that best suits them -- socially and economically -- under the aegis of a central government of limited powers. (The impractical alternative is an anarchistic "utopia" in which atomistic cooperation improbably averts the rise of unaccountable warlords and despots.) Liberty Corner is, therefore, predominantly about politics and economics -- as seen through the eyes of a seasoned skeptic.

But there is more to life than the political and economic framework in which it is lived. There is life itself: humanity (in all its dignity and disarray) and the enjoyment of nature, the arts (musical, dramatic, and representational), sports (especially baseball), and so on; there are science and religion, and their implications for the meaning of life. Liberty Corner gives much attention to those subjects, as well to politics and economics.

This blog is not a journal; it is a compendium of my considered views on a wide range of topics. Some of those views evolved during my blogging lifetime. In particular, my views about the nature of liberty and the conditions under which it is possible, matured from knee-jerk anti-statism to Burkean-Hayekian conservatism. (See, for example, "On Liberty in the sidebar.)

I remain anonymous because, like Ebenezer Scrooge, I wish to be left alone. I am not anonymous for the purpose of feigning unwarranted expertise; my credentials are fully on view at "About the Author." The merits of my writings can be judged by their empirical and logical validity, and have nothing to do with my identity.

I have left a blogroll in place, but have pared it to those 46 blogs and syndicators whose feeds I would read were I still reading feeds. But keeping abreast of blogdom, like blogging, is in my past.

I thank Postmodern Conservative for his contributions to this blog, especially in the months following my final substantive post. Now that he has retired from the fray, it is time for me to say adieu.

Posted by Loquitur Veritatem at 12:22 PM

Pride and Prejudice on Film

I have now seen four film versions of Jane Austen's Pride and Prejudice. Last night I had the extreme pleasure of viewing for the first time the earliest and best of the four: the 117-minute, 1940 release starring Greer Garson as Elizabeth Bennet and Laurence Olivier as Mr. Darcy. The 1940 version shows Hollywood at its finest. Great actors delivering great lines with panache and wit in a lavish, tightly orchestrated, and fast-paced production that demands -- and deserves -- your full attention.

Garson and Olivier, in particular (but not exclusively), outshine their counterparts in the other productions that I have seen. Garson may have been "too old" (36 at the time the film was released) but who cares? She is now my image of Elizabeth Bennet: witty, cunning, cutting, forthright -- and beautiful as well. Olivier (33 at the time of release) simply exudes Darcy: stubborn, prideful, haughty -- and yet vulnerable and kind behind the facade.

The other three versions that I have seen all are commendable for various reasons. They are:

1995 (300-minute mini-series), starring Jennifer Ehle and Colin Firth -- excellent performances delivered at a more thoughtful pace than that afforded by a feature film, and in realistic settings (as opposed to the gaudy faux-rusticism of the 1940 version)

1980 (265-minute mini-series), starring Elizabeth Garvie and David Rintoul -- somewhat stiff performances in a production clearly (and successfully) aimed at recreating the time and place of which Austen wrote

2005 (127-minute feature film), starring Keira Knightley and Matthew Macfadyen -- a mixed bag of performances (e.g., Knightley is good, if too juvenile; Macfadyen is a nothing) in a feature film that achieves more "realism" than the 1940 version.

Posted by Loquitur Veritatem at 9:11 AM

Throw the Rascals In

The outcome of yesterday's elections can be summed up in the phrase "throw the rascals in." That's, of course, an ironic variation on the usual expression of voter dissatisfaction with incumbents, which is to "throw the rascals out."

A marginal minority of voters having "thrown the rascals in," all Americans now face at least two years of Democrat control of the House (and probably the Senate), from which will emanate efforts to

The only silver lining in this very dark cloud is that President Bush can -- if he is willing -- wield the veto pen. Two years of gridlock would indeed be a blessing, for the federal government might actually do less to screw up our lives and the lives of our progeny. But I do fear for the war effort, especially because our enemies undoubtedly have been emboldened by the prospect of a Congress that is controlled by an anti-war faction. And I also fear that President Bush, facing a hostile Senate, will be unable to appoint constitutionalists to succeed Justices John Paul Stevens and Ruth Bader Ginsburg, both of whom are likely to postpone retirement in the hope that Bush is succeeded by a Democrat.

Posted by Loquitur Veritatem at 1:14 PM

I now sponsor Jim Gosger's stats page at Baseball-Reference.com. Jim lived a few houses down the street from me when we were young boys, though he was too much younger than I (by two years) to be a playmate. That "little kid" went on to do what I could only dream of doing -- he had a career in the major leagues. Cheers, Jim.
Posted by Loquitur Veritatem at 8:45 AM

The Social Security Administration publishes a list of the names most commonly given to newborns. Here are last year's top ten:

You can follow the above link and see, for example, the top 1000, which includes Tyler (#16 as a boy's name, #764 as a girl's name) and Madison (#3 as a girl's name). Which leads me to think of president's last names that have been given to some famous, infamous, and semi-famous persons as first names (though often without reference to the President being honored or dishonored):

By my reckoning that leaves

Posted by Loquitur Veritatem at 8:58 PM

Long before girls began to acquire trendy, unisex names like McKenna, Morgan, Payton, and Taylor -- an improvement on Brandi, Brittany, and Tiffany -- they had already claimed ownership of many formerly masculine names; for example:

To read more about unisex names, start with this article at Wikipedia. See also this list of popular baby names.
Posted by Loquitur Veritatem at 12:32 PM

A Small Circle of Stars

Evelyn Waugh was born in 1903; Katharine Houghton Hepburn, four years later. Of Waugh's novels that were adapted to film, Hepburn appeared in but one: Love Among the Ruins.

Hepburn's co-star in Love Among the Ruins, Laurence Olivier, starred also in a mini-series based on Waugh's Brideshead Revisited...

...which co-starred, among others, Jeremy Irons of The Merchant of Venice (2004).

Merchant featured Allan Corduner, a.k.a. Sir Arthur Sullivan of Topsy-Turvy, the co-star of which (Jim Broadbent as W.S. Gilbert) was in Widow's Peak with Natasha Richardson...

...whose mother (and co-star in The White Countess), Vanessa Redgrave, appeared in the play A Madhouse in Goa with Rupert Graves.

And Graves starred in the film adaptation of Waugh's A Handful of Dust.
Posted by Loquitur Veritatem at 11:02 PM

There is laughter in slaughter, but there ought to be naught.

When rain is naught there is a drought, the thirst of which can be quenched by a draught.

Enough is enough, especially when it's a cough that comes with a cold caught by sitting in a draught.

When the wind soughs the boughs wave gently.

He bends before her in a deep bow before sloughing his coat and bending his bow to take aim at a bough on a tree that stands in a distant slough.

A daughter's laughter softens even a rough, tough crofter.
Posted by Loquitur Veritatem at 4:55 PM

An otherwise sensible blogger (whom I'll not name) adores Miles Davis. He (the blogger) says, "If you listen to nothing else by Miles Davis, buy and listen to Relaxin’. I absolutely guarantee you will not hate it, and you are very likely to love it."

Wherever jazz went after the late 1930s, it wasn't a good place. Davis's stuff is better than the dithering, discordant offerings of other post-war jazz "artists" whose names will not (dis)grace this blog. But that's like saying a bowlful of sugar is better for you than a bowlful of arsenic. It is, but why eat either when the jazz pantry is stocked with the nutritious, flavorful pre-war offerings of Louis Armstrong, Sidney Bechet, Bix Beiderbecke, Benny Goodman, Fletcher Henderson, Jimmie Lunceford, Jelly Roll Morton, King Oliver, Kid Ory (heard here with his post-war group but in pre-war form), the Quintette of the Hot Club of France (featuring Django Reinhardt and Stéphane Grappelli), Fats Waller, and the "smooth" but always listenable Paul Whiteman. They are among the many greats to be found at The Red Hot Jazz Archive. Go there. It's a toe-tapping, foot-stomping treat.
Posted by Loquitur Veritatem at 12:37 PM 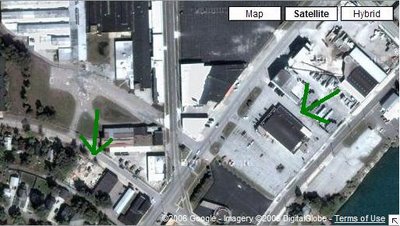 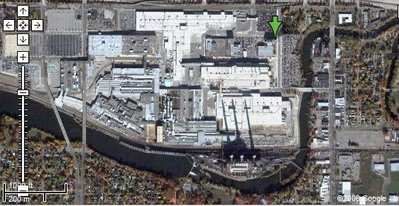 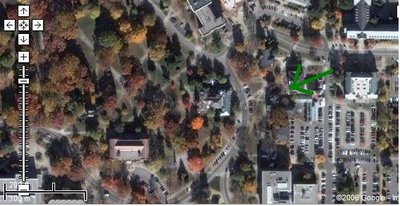 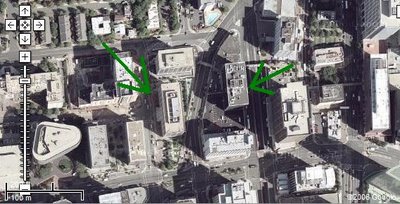 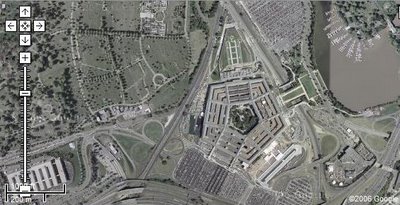 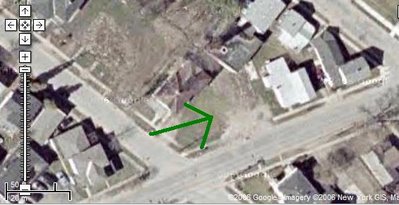 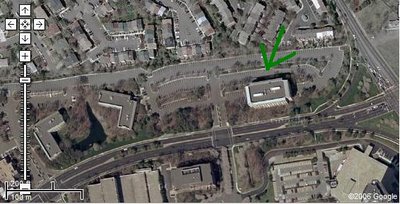 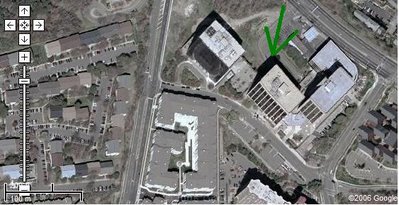 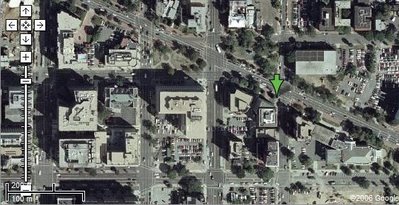 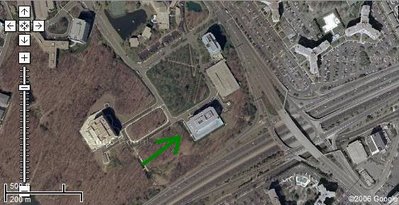