More Blasts from the Past

About 50 years ago, my Uncle Joe was the commanding officer at this Coast Guard station: 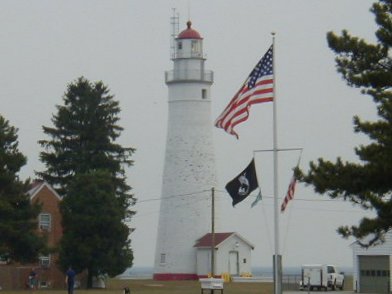 I think he lived in the brick house to the left of the lighthouse.

Here's the main street of my home town, as it looks today (better than it looked when I was growing up):

And here's the city's museum, formerly its public library (one of the many endowed by Andrew Carnegie): 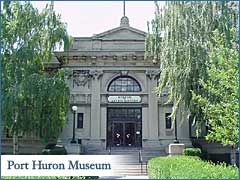 It's time to watch a ball game -- baseball, that is, the real ball game. Speaking of baseball, it's too bad the Tigers don't play here anymore:

Bennett Park, Navin Field, Briggs Stadium, and Tiger Stadium occupied the same piece of real estate at the corner of Michigan and Trumbull from 1901 through 1999. The "modern" ballpark known originally as Navin Field opened for business in 1912. It grew through the years and became Briggs Stadium in 1938. Only the name changed when Briggs Stadium became Tiger Stadium in 1961. The stadium's upper deck rose directly above the lower deck, unlike the arrangement in newer stadiums, where the upper deck is set back from the playing field. Thus a seat in the upper deck between first and third afforded the best view of a baseball game to be had anywhere -- a bird's eye view of a beautifully maintained playing field, upon which strode the shades of Cobb, Cochrane, Crawford, Gehringer, Greenberg, Heilmann, Kaline, Kell, and Newhouser.

For earlier entries in this nostalgia series, click here, here, and here.
Posted by Loquitur Veritatem at 7:31 PM