Our neighborhood boasts a mature century plant, which has a life span of about 25 years. It blooms only once, and then dies. The flower spike (main stalk) of "our" century plant sprouted in April. It rose to a height of 20-25 feet. Flower stems began to appear on it in May. It was in full bloom in June. The following photos (viewed left to right, top to bottom) capture the plant's progress and decay from May until it began dying in July: 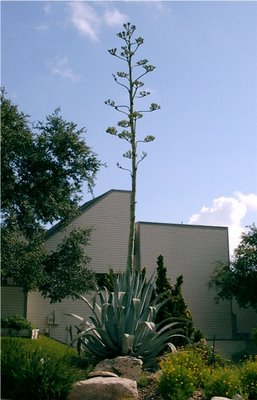 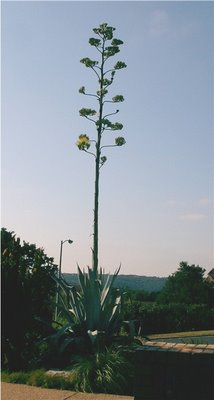 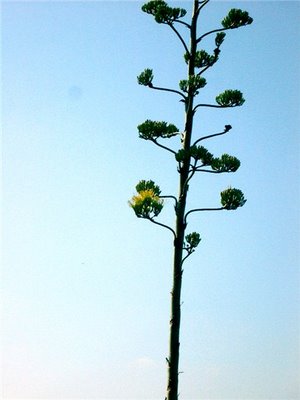 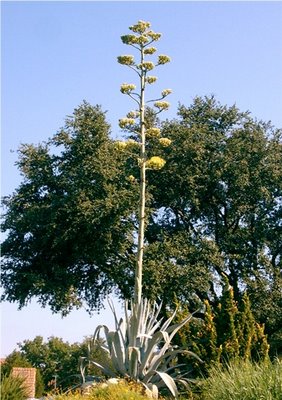 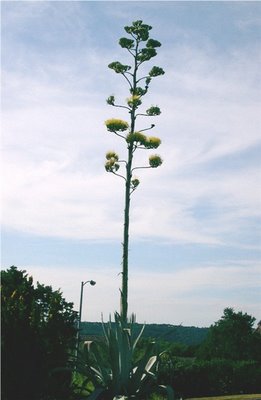 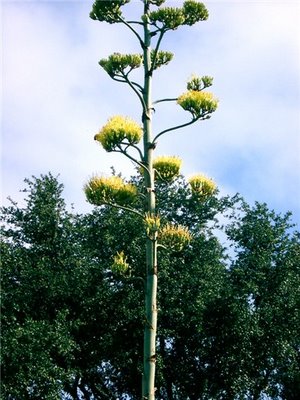 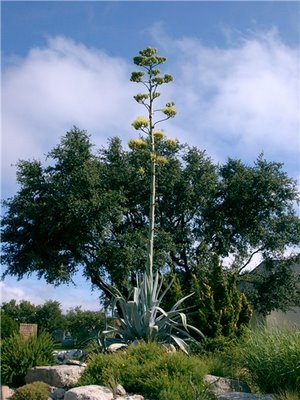 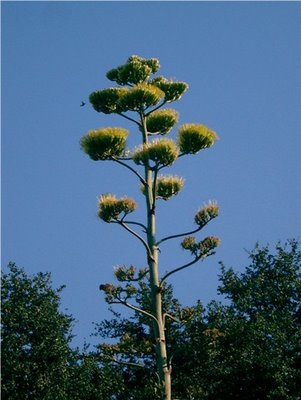 The final photo in the series shows that the plant dies from the bottom up; the top blooms were still full then, but the lower blooms had died and were shriveling. The plant is completely dead now; all the blooms have dried up and blown away. But it still stands tall.

As a bonus for readers who have never seen a purple sage, here's a specimen of our local variety, which is called (fittingly) Texas sage: 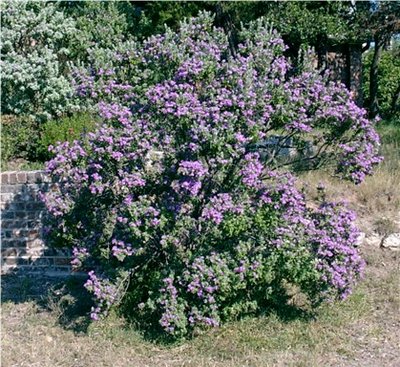 Posted by Loquitur Veritatem at 4:35 PM